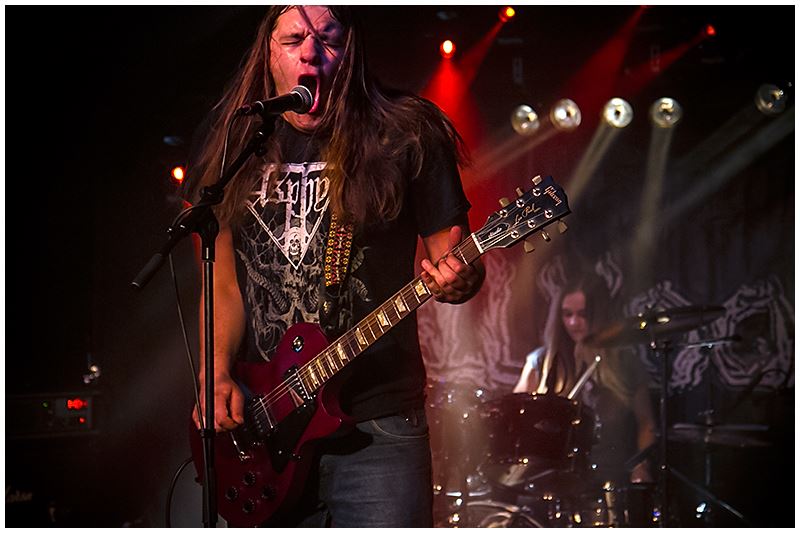 Hellhookah is a Lithuanian two-piece band formed in 2012 by Arnas (guitars/vocals) and Gintarė (drums). Band have started playing live in January of 2014. In 2016 Hellhookah signed with independent U.S. label NoSlip Records to release their debut album ‘Endless Serpents’ on CD and 180g LP. Since 2016 the band has played many shows at various gigs and festivals around Europe including Germany, Netherlands, Belgium, Austria, Switzerland, France, Finland, Croatia, Czech Republic, Slovakia, Hungary, Poland, Ukraine, Estonia, Latvia and Lithuania. On 17 April, 2020 Hellhookah released their second album ‘The Curse’ on CDs and as a digital album. 180g vinyl version of ‘The Curse’ was released this August together with Olde Magick Records from Texas, USA.

Hellhookah does not like to frame their music but the sound has major influences of old-school metal and classic rock music. Lyrical themes are based on life experiences and trials on planet Earth, while sometimes reaching heights of the skies.

By continuing to use the site, you agree to the use of cookies: more information